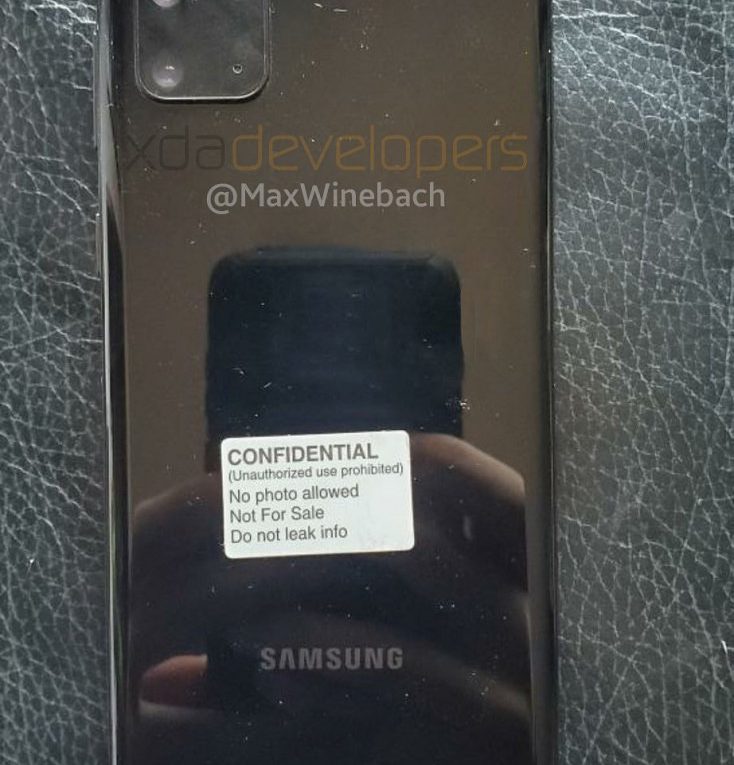 It’s no secret anymore; pictures have leaked of Samsung’s latest Galaxy flagship phone. And the Galaxy S11 it is not. Now we’re in the year 2020, Korean firm Samsung have bumped up the series to ’20’. The Galaxy S20 has been leaked.

Some rather poor quality photos of the Galaxy S20+ have appeared and it’s time to take a look at them. (Why do people always take blurry photos of a phone when they leak pictures of it?)

So what can we see from these leaked pictures?

In the first picture we can see the camera hole punch has gone. We’ve gone from a dual lens to a single lens. Remember all those wallpapers you downloaded for your camera in the top right corner? Time to throw those away because the camera has been moved into the center of the top of the phone. The bottom of the screen appears to have been extended further, just slightly more than the S10 Plus.

The second picture we see the back of the phone with what looks like 5 cameras initially. On closer inspection however, there are ‘only’ 4. The flash is obvious but there is also what looks to be a hole for a microphone. This is likely to be the Note 9 feature of “zoom-in microphone”. I can’t see myself using this feature particularly but I guess it keeps things more symmetrical.

The third photo is a blur fest but you can see the start up screen. It’s also possible to just see the buttons on the side of the phone. Note the lack of buttons on the left, specifically the Bixby button. I don’t think this is something many people will miss to be honest.

The next three pictures are the leaked renders from the end of last year. As we can now see, the cameras have been straightened out in the new ‘live’ Galaxy S20 leaked photos.

There also also rumours of a Samsung Galaxy S20 5G Ultra. We’ll have to wait until Samsung’s Galaxy Unpacked on 11th February 2020 to find out though.