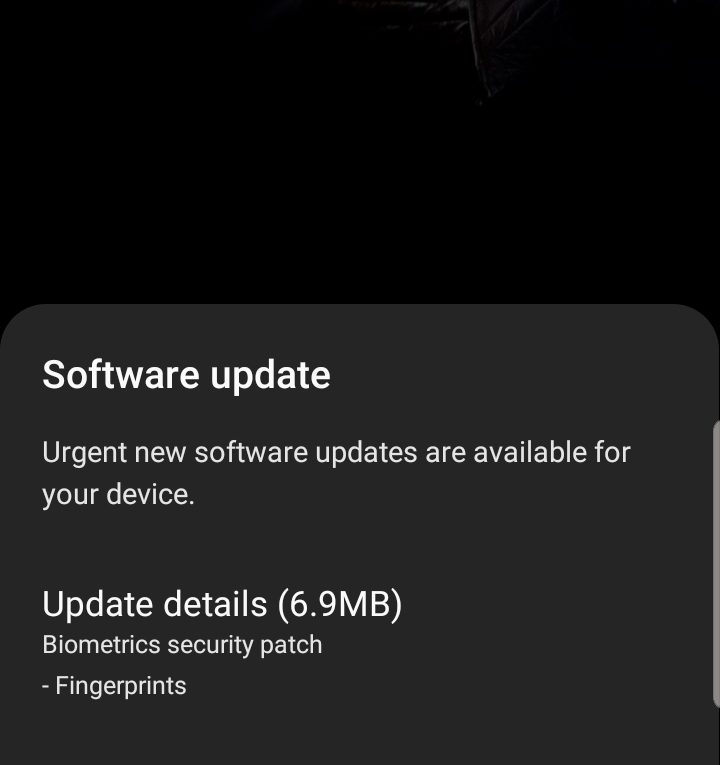 There’s a new security update out for the Samsung Galaxy S10’s biometric under-glass fingerprint scanner. How exciting! 😃 The update weighs in at 6.9MB

According to BGR.com the update will improve accuracy under certain conditions:

“There can be many occasions where users find the fingerprint scanner doesn’t work well, for example, when you are in a dry environment, or when your finger skin is really dry, or when you have a scratch on your fingerprint,” BGR reports a Samsung official explaining. “The accuracy has been improved through the first update of software recently just in one week since the launch, and we will continue providing updates to make the scanner work better.”

Although the above article was written in mid-March I don’t believe there’s been an update between now and then so hopefully this will make the scanner a bit quicker and/or accurate.

To check if you have the latest version installed, simply go to Settings -> Biometric and security ->Biometrics preferences and you should have “Fingerprints version 2.0.8.4”. Initial impressions are that it is slightly better. I have a splinter which has recently come out on one of my fingers which was almost never recognised – since the update however there is a marked improvement 👍👌