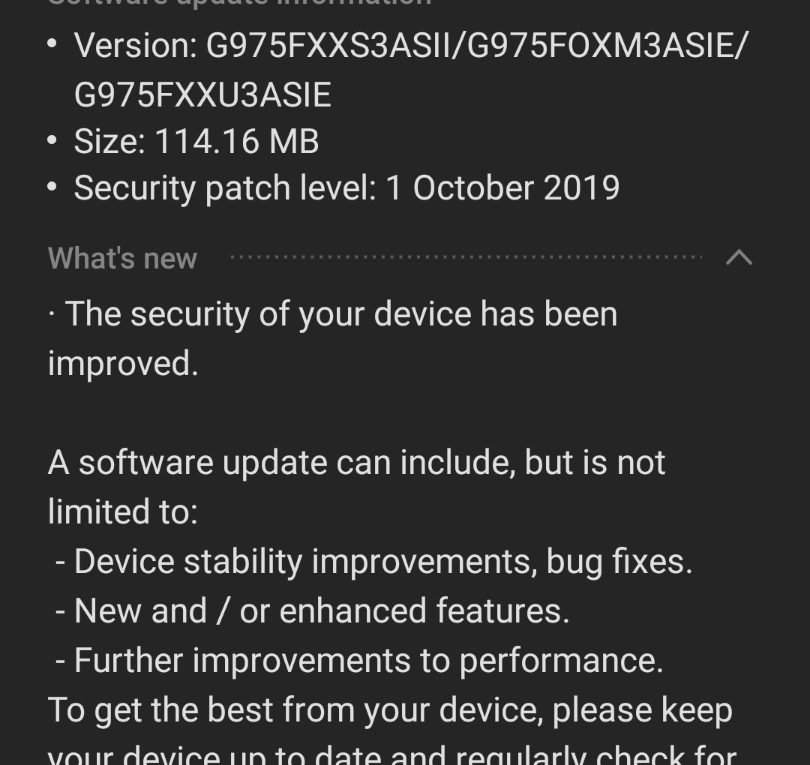 Samsung have released an update for the S10 series and sadly, it’s another boring one – only the October Google Security update is included which is quite disappointing. It may well have some tweaks or enhancements to get the phone ready to receive the One UI 2.0 Beta update however but that’s certainly not made clear in the post:

The update comes in at 114.16MB and is available to all unlocked S10s in Europe.

Samsung have not yet announced the Beta Programme for the UK yet but we should get notified in our Samsung Members app as soon as it’s available to be joined.